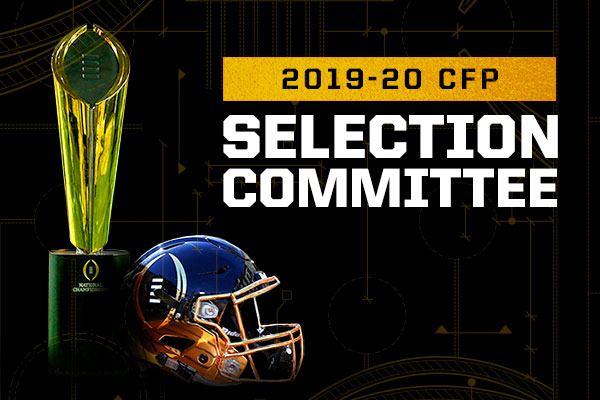 The College Football Playoff Selection Committee is officially set for the 2019-20 season.

Since its inception in 2014, the Selection Committee has carried the responsibility of picking the top four teams at the end of the regular season to play in the Playoff Semifinals, with the winners facing off in the College Football Playoff National Championship.

Starting on November 5, the CFP Selection Committee will release weekly Top 25 rankings, with the final rankings being announced on Selection Day on December 8.

Check out the full schedule HERE

While the CFP Selection Committee spends the season deciding the top four teams, you can lock in your spot at the 2020 CFP National Championship right now with an Official Ticket Package. Be in New Orleans for the final game of the season as the winners of the Playstation Fiesta Bowl and Chick-Fil-A Peach Bowl go head-to-head for the right to be called National Champion.